"Localization of Innovation with Global Technologies" is the primary drive with skateboarding as one of the popular activities in the Northern Cape province, we need to use it towards socio-economic and human knowledge/skills development.

The Knowledge Economy and Innovation sub-programme of the Northern Cape Department of Economic Development and Tourism seeks to empower the youth through ICT and and Business/Entrepreneurs skills development. SkateHacks Maker activities are ran during the Kimberley Diamond Cup Northern Cape tours and the Skateboarding World Championship in October.

These are the things being driven in helping the youth through Skateboarding and STEM drive. 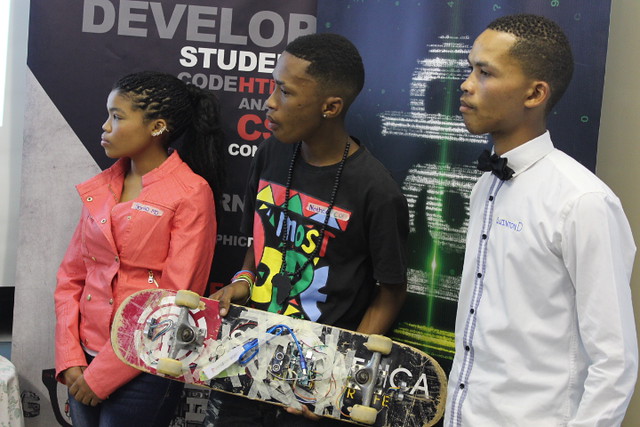 Young minds are challenged in #SkateHacks through the Youth ICT and Business VacWork programme and make business sense through a Business Model Canvas.

SkateHacks Coding to Parks and Events

The team from DEDAT, Geekulcha and the NCDev Ecosystem have driven SkateHacks coding in skate parks and events such as:

SkateHacks is a collaborative initiative with various organizations that are bringing value to the society.